One of the main initial objectives of the EuroFlow™ Consortium was the development of a complete set of antibody panels for the diagnosis and classification of hematological malignancies and evaluation of treatment effectiveness during follow-up.

The new panels would overcome the existing panels at that time because of their objective design, reproducible results and validated performance. The development of the panels was based on a few key actions that allowed the success of the enterprise:

How were the EuroFlow™ antibody panels designed?

The EuroFlow™ Panels and SOPs were initially designed so that they would work in the 3-laser flow cytometry instruments that were available when the project started in 2006, in order to use 8-color antibody combinations that would be arranged in single tubes or multi-tube panels.

The markers included in the EuroFlow™ Panels can be distinguished into two different categories:

Backbone markers are included in all the tubes from a given panel on the same fluorochrome position, in order to allow consistent identification of the cell population of interest with this panel. Further, this allows the merging of the data from all the tubes in the panel with the Infinicyt™ software, allowing analysis of the whole panel as if it was a single tube.

On the other hand, characterization markers are included only in one of the tubes of each panel. The selection of these markers was based on the experience and knowledge from literature and the EuroFlow™ members.

The utility and efficiency for actual diagnosis, identification of aberrant cells or their characterization was analyzed and tested for each of the panels and their consecutive design versions (including the different fluorochrome positions that each marker could have in the panels). In order to do so the results of each design round were objectively evaluated using multivariate analysis strategies through Infinicyt™.

How are the panels used?

In general, after receiving a sample with some specific signs or suspicion for a given disease, a Screening Tube would be used. The use of the Screening Tube allows a fast, accurate or cost-saving diagnosis of the disease or orientation towards a given group of diseases.

Depending on the result of the screening step, a given Panel (including several tubes) will be used for further characterization and (sub)classification of the disease, before reaching a conclusion.

The utility of the individual Screening Tubes and Panels is described in detail in the EuroFlow™ Publications, including description of relevant markers, disease entities and analysis strategies. 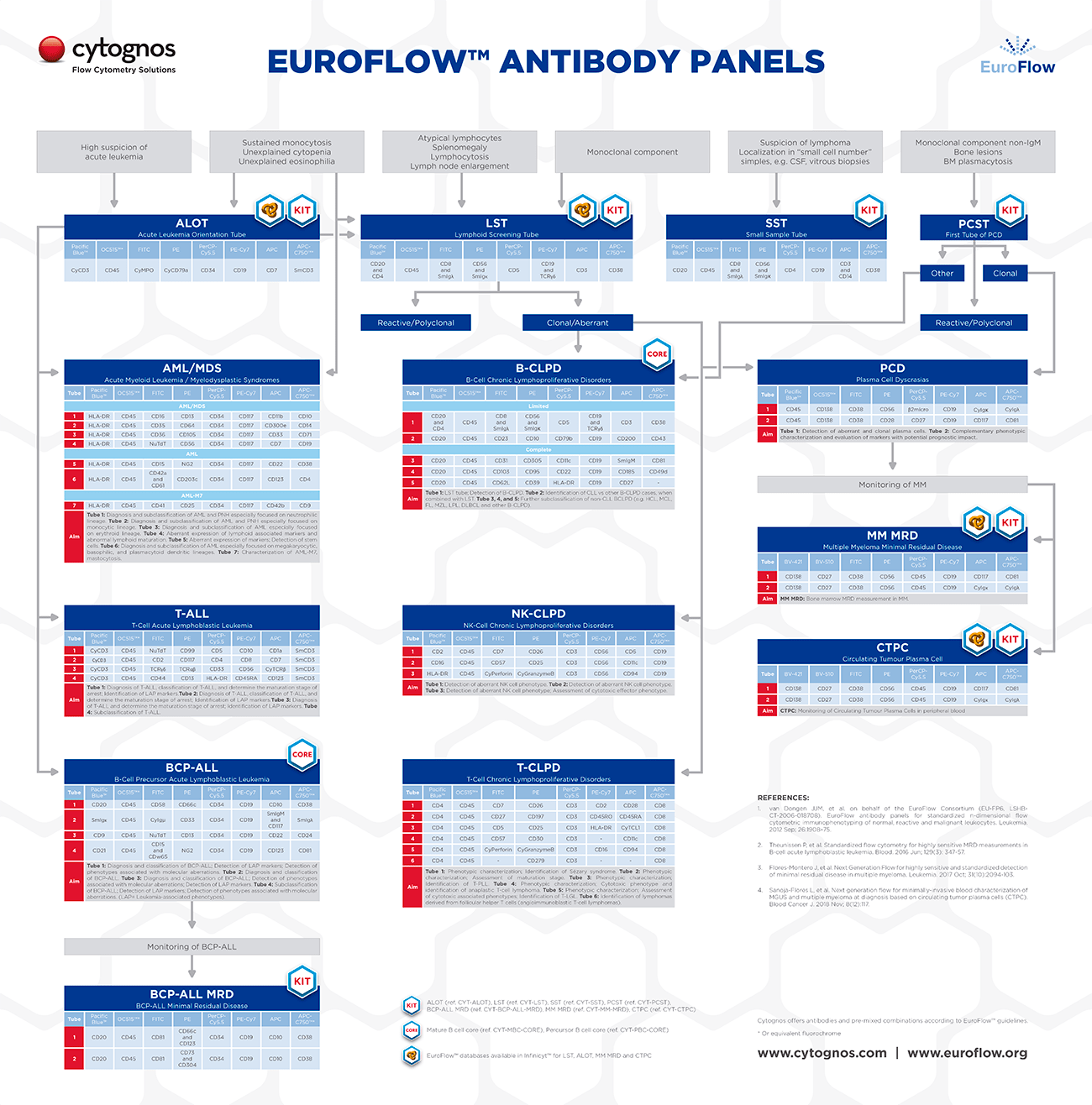 The initial EuroFlow™ Panels published in 2012 covered the diagnosis and characterization of hematological malignancies such as acute leukemias, chronic lymphoproliferative disorders and plasma cell dyscrasias. Since then the members of the group continued working in other activities that led to the development of innovative strategies for monitoring of hematological diseases.

In 2017 the EuroFlow™ Consortium published the first of its novel panels for detection of Multiple Myeloma Minimal Residual Disease (MRD) during and after therapy, for those patients that have reached complete remission according to conventional criteria.

EuroFlow™ research and design activities are still ongoing and will led to the publication to more panels in the future, for continues optimization of the clinical laboratory and diagnosis techniques. 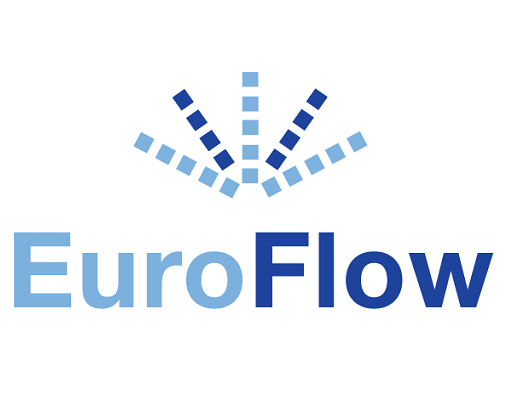 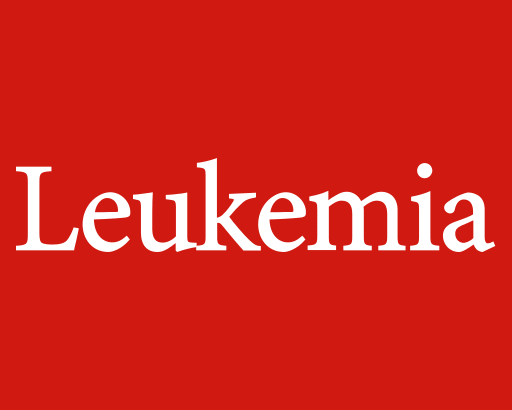 All products listed are labeled with some regulatory status as per indicated below:
“RUO” or “For Research Use Only”: not intended for diagnostic or therapeutic procedures.
“CE-IVD”: products intended for in vitro diagnostic use and conforming to European Directive (98/79/EC) or with Regulation 2017/746.
“LUO” or “Laboratory Use Only”: general purpose laboratory reagents.
“ASR” or “Analyte Specific Reagent”: reagents in which the analytical and performance characteristics are not established. ASRs are regulated by the US Food and Drug Administration (FDA).